Civil claims involving sexual violence are about much more than monetary compensation. They are often the only way for victims to hold the perpetrator accountable, achieve some measure of closure and help prevent similar things from happening to someone else. If you or a loved one were a victim on sexual violence or assault in New York, Oliveri & Schwartz can help.

Victims may be eligible for compensation for :

Lost income. If a sexual assault incident prevents a victim from working for an extended time or caused the victim to leave a job, the victim can sue for the wages lost as a result.

Pain and suffering. New York law recognizes the experience of sexual assault is traumatic and often leads to long-term psychological difficulties. The law allows victims to sue for their mental anguish, physical pain, and emotional distress.

Punitive damages. The court will often dictate punitive damages for offenders who engage in intentionally harmful or egregiously negligent behaviors to dissuade similar behaviors in the future. The amount of punitive damages recoverable typically depends on the offender’s financial state.

Civil cases generally require victims of sexual abuse to file a claim within two years of the alleged incident ( much longer if the sexual abuse involves a minor). It is incredibly important for victims to preserve their rights and file a claim before the statute of limitations expires – failure to do so may bar you from pursuing a claim.

Who are Common Defendants in New York Sexual Abuse Cases?

Most childhood sexual abuse lawsuits involve individuals and affiliated entities with the means to pay a court judgment or settlement.

Below are some common parties named (defendants) in legal claims stemming from childhood abuse.

Misconduct by Catholic priests has been unfortunately rampant throughout the United States for much of the last century just as it has been in New York State. The Catholic leaders’ newfound commitment for transparency and intention might ensure that sexually abused victims receive justice, decades after not reporting child sex abuse to local law enforcement.

However, there are still thousands of child sexual abuse victims who endured horrific exploitation at the hands of priests as children in their catholic diocese or religious order. New cases are being filed by victims of sexual abuse practically on a daily basis, accusing the Roman Catholic clergy of sexual abuse.

Roman Catholic Church religious leaders are now finally being made to answer for the massive child sexual abuse cover-up that they orchestrated in cases where the abuse occurred decades ago. There is a heightened focus on the legal rights of clergy sexual abuse victims as New York and many other states have made it easier for those harmed by childhood abuse to file civil claims against their abusers.

There are estimates that religious institutions may face more than 5,000 new lawsuits and resolve survivor’s settlements totaling over $4 billion in clergy abuse cases. Were you hurt by criminal conduct as a child, our legal team can initiate a personal injury court case on your behalf.

Call Oliveri & Schwartz for a free case evaluation at 212-987-1100 for immediate legal advice. A child sexual abuse attorney is standing by to answer your questions, report abuse, and help you seek justice, even if the trauma involving a clergy member happened over the past few decades.

The Boy Scouts of America (BSA) had long been known as an iconic organization whose name had been associated with good deeds for over a century. However, recent events have sullied the reputation of the Scouts. Now, it has emerged that the Boy Scouts have long known about the prevalence of sexual misconduct amongst scout leaders and volunteers.

Instead of taking action to stop the victims of child abuse and turn the wrongdoers into the authorities, the Scouts merely documented the problem and did little to nothing about it.

In recent years, Boy Scouts of America are being held accountable for their decades of inaction. Today, men who were victimized as young boys have been filing sexual abuse lawsuits against the BSA, and the organization has lost several cases that have gone to jury trials.

The sexual abuse attorneys at Rosenfeld Injury Lawyers LLC are committed to getting full and fair compensation for each victim via civil lawsuits against the BSA. We invite you to discuss your situation with our law office. We offer free consultations and have years of experience prosecuting sensitive cases. 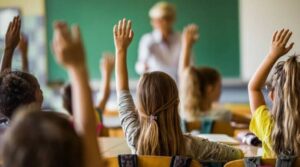 It is shocking enough to see news reports that a teacher, school counselor, or administrator has been accused of sexual misconduct with a student, but it is especially horrifying to imagine it happening to our own children.

The New York sexual abuse attorneys at Oliveri & Schwartz are committed to protecting your children’s rights when they have been harmed by the people you trusted to help them learn and grow into responsible adults in a private or public school setting.

If your child has been the victim of sexual abuse at school throughout the 5 boroughs, we can investigate the facts and pursue the justice you and your child deserve.

Unfortunately, sexual molestation in youth sports is rampant and offers a place where adults often have unsupervised alone time with children. Protecting young victims from sexual abuse in sports programs and youth sports leagues has been ineffective for many young players.

If someone involved in organized sports sexually assaulted you as a minor, or if you believe a coach is now sexually assaulting your child, contact the personal injury attorneys at Oliveri & Schwartz immediately.

We offer free, confidential consultations to protect your rights. You might be eligible for compensation from the perpetrator or another party. 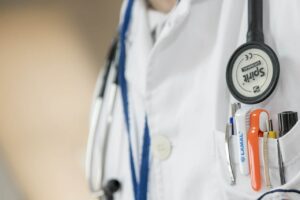 There is an unstated bond of trust between a doctor and his or her patients due to the fact that patients often share their most intimate and embarrassing concerns with their physicians and rely on their advice for their own health and wellbeing. It is truly an atrocity whenever a doctor exploits the trust that he or she has received from his or her patients.

Patients who are the victims of sexual assault are usually in their most vulnerable state of mind or body and the effects of an incident of abuse remain a scar on their emotional and mental state for the remainder of their lives. In addition to seeking criminal justice, victims of these atrocities are entitled to receive compensation for the mental and emotional anguish they must endure as well as the cost of ongoing rehabilitative therapy. 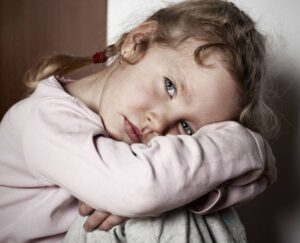 Do you need an advocate to protect a foster child? Is the child being abused by their foster parents or the foster care system? At Oliveri & Schwartz, our personal injury attorneys advocate for minor children experiencing abuse, neglect, or mistreatment.

Our legal team can file a civil lawsuit against foster parents for the child’s physical, emotional, and sexual damage. Call our foster care abuse attorneys at 212-987-1100 to schedule a free case evaluation and discuss your legal rights. All sensitive information you share remains private through a confidential relationship.

Sexual assault is a type of sexual violence that affects unfortunately affects thousands of men (yes men), women and children each year.

Under New York Law, sexual assault typically refers to any sexual contact or behavior that occurs without the victims consent. This includes instances when a victim is physically unable to consent, in cases of intoxication, unconsciousness, or physical disability for example.

In the case of forced assault, force is not limited physical pressure. Emotional coercion, manipulation, intimidation or other psychological force may also be used. 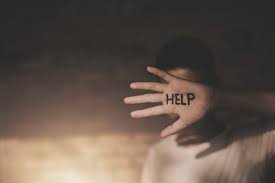 It’s crucial to know how to spot the signs of sexual assault or abuse, particularly among your loved ones. A sudden change in behavior or inexplicable injuries and medical symptoms could indicate the individual has experienced some type of sexual assault but does not feel comfortable speaking up about it.

It’s very common for sexual abusers to use intimidation or threats to prevent their victims from speaking out, and this can create a prison of fear for victims.

There are also warning signs you should keep in mind to protect yourself and others from potential sexual assault:

-Individuals who intend to commit sexual assault typically try to lull their victim into a false sense of security before making a move, or they may use flattery and attention to get the victim to lower his or her guard.

-Some offenders use alcohol or other substances to reduce resistance from their victims. An individual who appears focused on getting another person intoxicated may intend to do harm.

-Offenders will often attempt to isolate their victims, both for spontaneous attacks and as part of long-term abusive relationships. For example, a sexual assaulter may try to lure a victim away from a party or social gathering to commit a sexually abusive act, or an abuser may systematically remove his or her victim’s support system over time.

-Offenders often rely on manipulation and confusion to shift responsibility onto the victim after a sexual assault. This typically involves compelling the victim to believe it was a consensual act.

WHAT TO DO AFTER A SEXUAL ASSAULT

Victims may wonder what to do after experiencing a sexual assault, and one of the most important things one can do in this situation is to report it immediately. Some victims may feel scared to speak up about their experiences out of fear of retaliation, while others may simply believe they can forget about the incident and move on.

These are dangerous lines of thinking, and although it may be extremely difficult for a victim to speak up about a sexual crime, doing so will increase the chances of the offender facing prosecution and conviction. Additionally, speaking up about sexual assault to the authorities as soon as it happens reduces the chances of the offender victimizing others in the future.

Time is also a critical factor when it comes to preserving evidence. Biological evidence gathering from the victim’s body, clothing, and personal belongings as well as from the scene of the incident can hasten an investigation and help bring the offender to justice.

Victims of sexual assault should seek assistance from the police as soon as possible to start an investigation with the best chances of success. After reporting a sexual assault to the police and receiving medical treatment, the next step should be contacting a reliable New York sexual assault lawyer.

DO I NEED AN ATTORNEY?

While the state will handle the criminal prosecution of the offender, an attorney will help a sexual assault victim build a civil claim. The criminal case will take care of sentencing while the civil action from the victim can secure compensation for the victim’s damages.

The right attorney can make a tremendous difference in the outcome of a New York sexual assault case.

Attorneys often arrange for support services and other resources for victims in addition to handling their legal cases, and the team at Oliveri & Schwartz is here to help.

Contact us in NYC today at 212-987-1100 to schedule a free consultation with one of our attorneys. We will FIGHT for YOU!

For more info and details on Church/Priest Abuse, CLICK HERE.